Though our trip to Paris largely revolved around Disneyland Paris, we did spend time exploring the City of Light. After we had booked both plane and train tickets, we realized that we would be in Paris for Bastille Day, a national holiday in France. Bastille Day, celebrated annually on the fourteenth of July, marks the anniversary of the Storming of the Bastille, which was a turning point in the French Revolution.

As part of the Bastille Day celebrations, we started our day watching an impressive military parade that passed along the Champs-Élysées. There were aircraft flyovers, and the parade procession included both regiments on foot and large tanks. 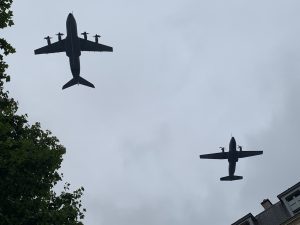 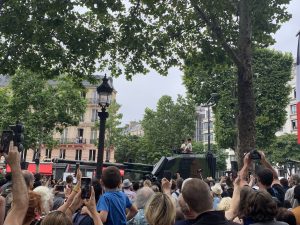 We were also able to get into the Louvre for free on Bastille Day. Allegedly, it is one of the better times to tour the museum, since the crowds are generally elsewhere. I can’t confirm that claim, because it still seemed very crowded, and we waited in quite a line to go through security and enter. With limited time, we rushed through, taking special note of the parquet flooring and the Mona Lisa. 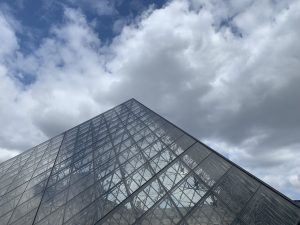 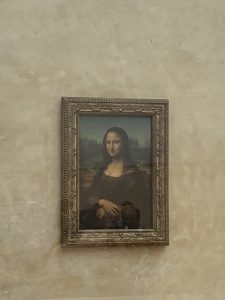 We ended the day scoping out a spot to watch the fireworks. We knew that we didn’t have a whole day to spend camped out on a blanket reserving a space, so we ventured to Parc de Belleville, in the 20th arrondissement of Paris, as the sun began to set. The park is the highest in Paris, with incredible views overlooking the city. We went to a nearby market and picked up fresh fruit, cured meats and cheese, and a bottle of wine, and we picnicked while waiting for enveloping darkness. Ultimately, we didn’t see too much of the fireworks since we were so far away, but the entire experience felt serendipitous and special. 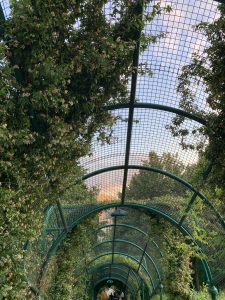 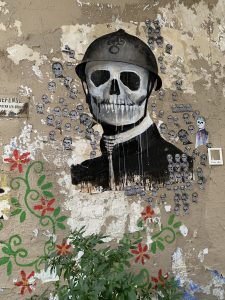 1. Bouillon Pigalle: This restaurant had a long line of people queued up outside at lunchtime, but the line moved swiftly as patrons were seated efficiently. It definitely felt like a big production: we were served quickly, and the food arrived just as quickly (as I’m sure they have a fast turnaround on tables). But, the prices were very reasonable and the menu was exactly what I envisioned at a French bistro. We tried garlicky escargot, steak frites, and lamb stew. 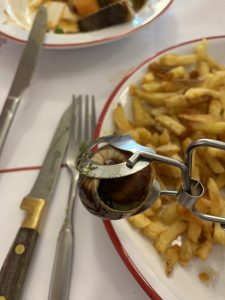 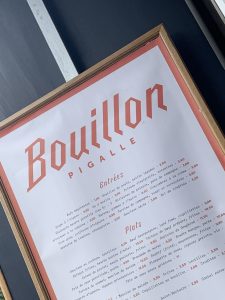 2. Catacombs of Paris: When the city’s cemeteries became overfilled in the seventeenth century, the solution was to relocate and bury remains in abandoned, labyrinthine tunnels under the city. The tunnels were originally dug to access quarries for mining limestone, but they now house stacks of femurs and skulls. It’s an eerie, yet hauntingly fascinating, experience. 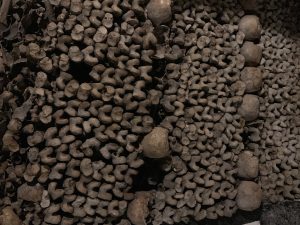 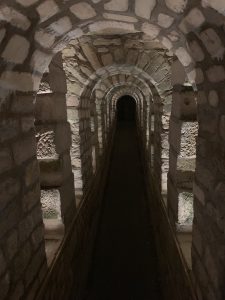 3. Eiffel Tower | Geocaching: I know that I would like to go back to France, and I think next time I would allot more time to explore the Eiffel Tower. We didn’t have the time to wait to go to the top, but we had time to look for one of the most popular geocaches in Paris, which was nearby the base of the Eiffel Tower. Named “Eiffel Power,” this geocache was a tiny birdhouse hung from a tree branch. So for at least the second time this year, I climbed a tree in a new city. 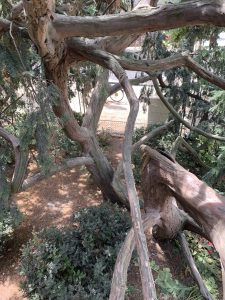 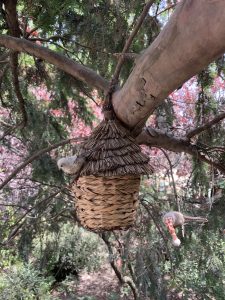 4. Our Lovely Airbnb: Since we planned on spending so much time in Disneyland Paris, which is far from the city center, we tried to pick an Airbnb that would be in between both locations. We ended up in Champigny-sur-Marne, in a cozy second floor apartment with a waterfront view of the nearby river. The neighborhood was very quiet, and, though the apartment was about a mile from the train station, we always enjoyed the walk. 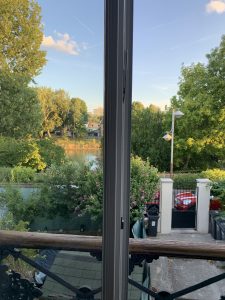 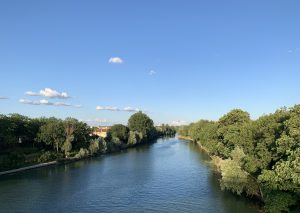 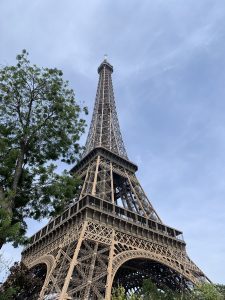 ^ Couldn’t write about Paris without including at least one picture of the Eiffel Tower!