When I go on a vacation that includes more than one destination, I inevitably compare the two places, and they become inextricably linked. Did I like Italy? Well, I thought it was just okay, but that’s probably because I was far more enamored with the sunny Greek islands that I visited on the latter half of that adventure. Similarly, I enjoyed San Antonio more than Austin, Texas, especially because I was there during Fiesta, the city’s annual festival. It’s possible that I would have different opinions if I visited each of these places individually, but there is some value to qualifying my experiences.

Thus, as I left for a trip that included both London and Paris, I was far more excited to walk by the Eiffel Tower, see the Mona Lisa, and explore Disneyland. I had it in my head that London would be great, but not as enchanting as Paris.

As it turns out, I adored London. I mean, I liked Paris, too. It wasn’t merely okay; it was magical. But for me, on this trip, London eclipsed even my overflowing feelings about Paris.

With limited time, we found a guide online that suggested what to prioritize in only an hour in the museum. We worked off of that list and took turns deciding where to go and what to see next. The museum is free, which is astounding, given that it is routinely ranked one of the best in the world according to TripAdvisor. We saw the Rosetta Stone, an Easter Island statue, Samurai armor, and the Mummy of Katebet (one of the most studied Egyptian mummies). 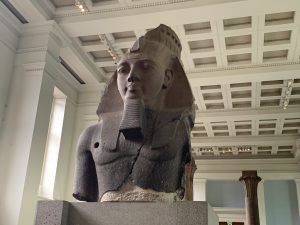 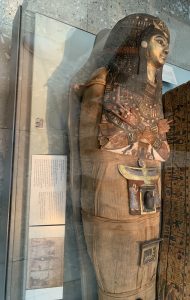 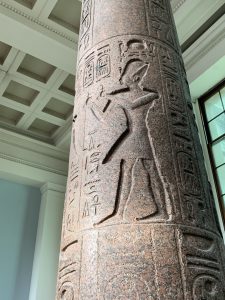 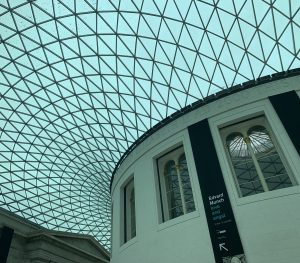 One of my absolute favorite experiences in London was a traditional British afternoon tea at Roast, a gorgeous restaurant overlooking the Borough Market. We each received a whole pot of tea, and they brought over tiered trays with dainty finger sandwiches, scones with clotted cream and jam, cakes, and shot glasses full of sticky date pudding. I am not a coffee drinker, but I love a good cup of tea, so this was heavenly. 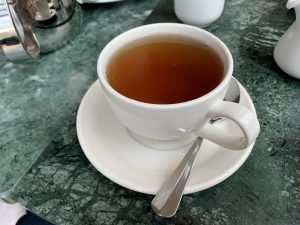 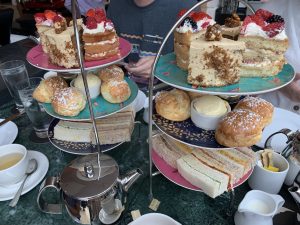 This museum was also free, and the one I unfortunately spent the least time exploring. The most incredible thing about this museum was that it was the first time I read about world wars from another country’s perspective. Aside from the Atrium, which houses a Spitfire, I spent the majority of my time in the First World War Gallery. 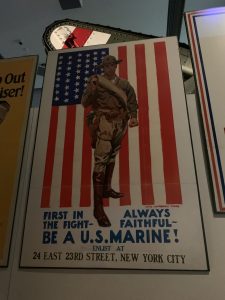 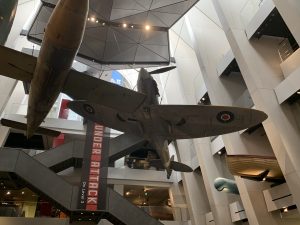 As a kid, the Harry Potter series ruled my imagination. I remember using little pink straws in the cafeteria as wands, and sprinting outside at recess to collect all of the rubber playground balls to play Quidditch with my friends. Likewise, it would not be an exaggeration to say I have read the Harry Potter series more than five times; I even went to a midnight release party for the final book. Thus, I had to visit the Harry Potter Shop at Platform 9 ¾ and pose with the luggage trolley embedded in the wall. They even have wands and house scarves to use as props in the photo. We waited in a longer line for the photo than for any ride at Disneyland Paris, but it was worth it. 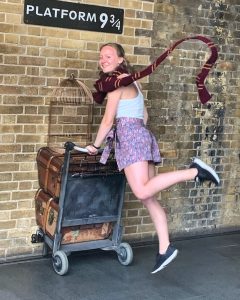 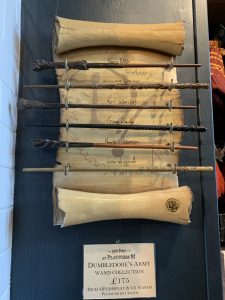