My first stop in San Francisco was Alcatraz Island, home of the infamous former federal penitentiary. I knew that visiting Alcatraz was one of my top priorities in the City by the Bay, so I booked my ticket in advance online. When I arrived at the pier, the tour tickets were sold out for the next three days. 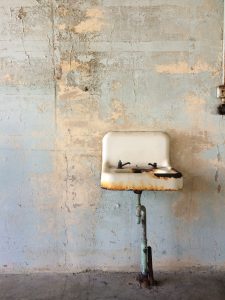 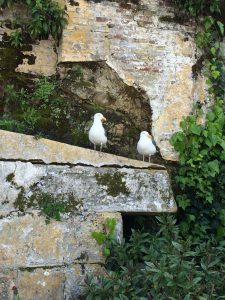 The boat ride to Alcatraz offered wonderful views of the city and the Golden Gate Bridge. Exploring the grounds was fascinating, especially wandering through the prison cellblocks. The best part, though, was the audio tour. It was filled with the eerie sound effects of clanking cell doors and the voices of both correctional officers and inmates describing their experiences at Alcatraz. 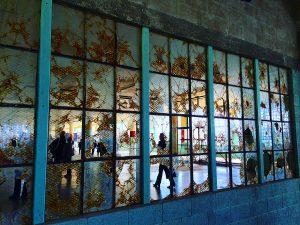 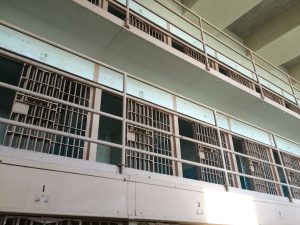 I tried out Airbnb again and stayed in a really neat Art Deco beach house located in the Outer Sunset district. The neighborhood was quiet and mellow, and I felt comfortable extensively exploring the streets alone. I wandered over to the 16th Avenue Tiled Steps, a mosaic staircase leading up to a park with panoramic views of the city. 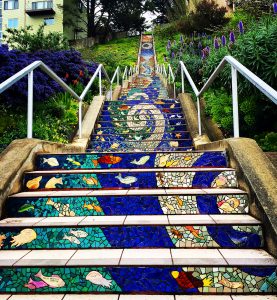 I’m not sure most people would be entertained for 6+ hours in a science museum, but I was very happy spending time in the California Academy of Sciences. It has an interesting design; it combines a planetarium, an aquarium, and a natural science museum. Two of the coolest components were the living roof, filled with native plants, and the Osher Rainforest, a four-story dome with a spiral ramp upward through the rainforest’s layers. 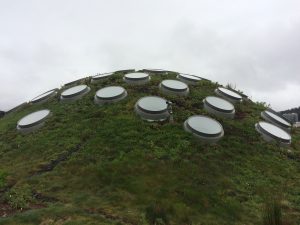 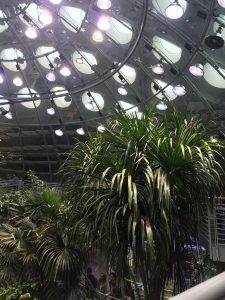 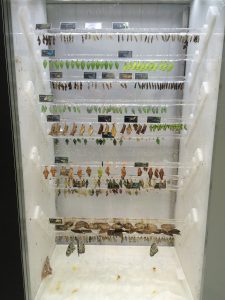 The Fisherman’s Wharf, though touristy, is a lot of fun. Pier 39 in particular is home to a large number of sunbathing sea lions. There are both chain restaurants and local eateries at the Wharf, and I enjoyed a sandwich at Boudin Bakery served on their renowned sourdough bread. The bakery even crafts loaves in the shapes of turtles, cable cars, and grapes. One of the Wharf’s stranger and lesser-known attractions is the Musee Mechanique, an antique penny arcade with working games. Most of the wooden machines cost between twenty-five to fifty cents. I got my palm read and listened to player pianos, all for less than $1.00. 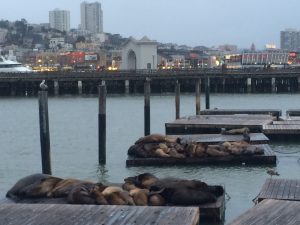 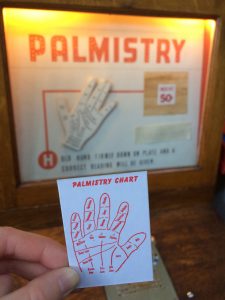 Getting my palm read in the Musee Mechanique

One of the most interesting aspects of San Francisco is its propensity for microclimates. Basically, different neighborhoods in San Fran could have vastly different temperatures, wind patterns, cloud cover, etc. owing mostly to its diverse geographic features in close proximity. On the morning I was set to go hiking in the Golden Gate National Recreation Area, there were dark clouds rolling overhead, but by the time I got to the Sutro Baths across the city, the skies were a gorgeous shade of blue. 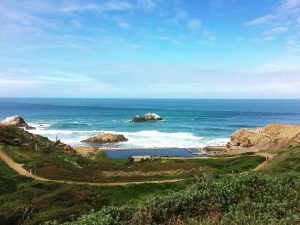 The Sutro Baths, built in 1896, was a natatorium comprised of a luxurious set of seven pools, each ranging in temperature by ten degrees from freezing to steaming hot. The baths burned down in 1966, but the ruins remain, and make for a fantastically adventurous hike. 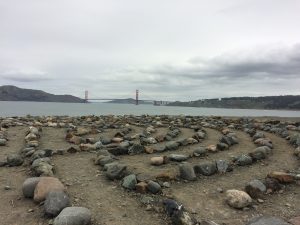 I didn’t know about the Walt Disney Family Museum before booking my trip to San Francisco, but when I found it in lists of suggested things to do in the city, I knew I had to check it out. The museum primarily focuses on Walt Disney’s early family life and the inception of his animation studio. It was fascinating, and full of priceless artifacts, like 1930’s Mickey Mouse memorabilia. The museum focus wasn’t necessarily the theme parks, but there was a diorama of an early vision for Disneyland, which was the best diorama I’d ever seen. 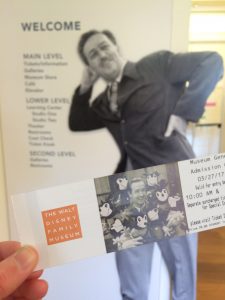 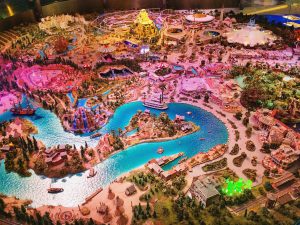 I had dreamed about riding a bicycle across the Golden Gate Bridge, but I never really thought it would become my reality. But, I started researching some companies that rent bikes in San Francisco, and I found a great deal with Blazing Saddles Bike Rentals, so it started to seem possible. On my last day in the city, I picked up a bike in the Fisherman’s Wharf and traveled along the coast for a picturesque journey across the bridge. I took the ferry back from Sausalito to the Ferry Terminal, and it made for a perfect last experience in the city. 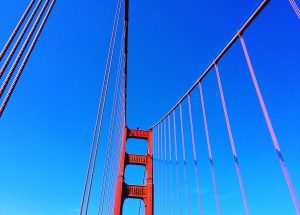